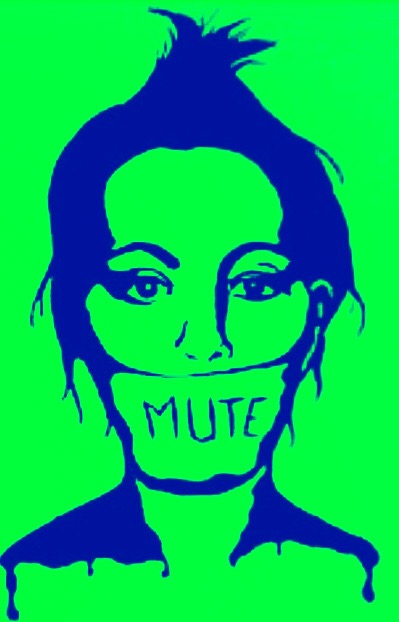 They say every voice counts. And I believe that. Our voice is the ambassador to our world. But what happens when you have no voice? What many people don’t know—including those fairly involved in my life—is that on most days, I cannot produce enough sound to be heard. I have profound dysphonia; which means, I have no voice.

Dysphonia is a medical condition that can be caused by a variety of things.  In my case, my first cervical spine surgery damaged my superior laryngeal nerve, which in turn, paralyzed my left vocal fold.  When it first happened, I became profoundly silent. Even my cough produced no sound.  It was drastic, barbaric and downright terrifying.  The worst part of it was that it drove my then 9-year-old daughter into a world of silence.  What I didn’t know at the time was that in addition to losing my voice, something catastrophic was happening.  My cervical spine surgery had failed, and like a glacial shift, levels of vertebrae behind my titanium plate began collapsing.  I was told that revision surgery would restore my voice and spare me from a lifetime of paralysis.  And for a while it seemed that was true.  But ten days post operative, my voice began to fade away—and just like hope, it’s been fleeting ever since.

Perhaps one of the cruelest characteristics of dysphonia is that when I open my mouth, I never know what’s going to come out.  My voice ranges from a solid rasp to a breathy hoarseness to a deafening silence.  Dysphonia creates a loss of control.  And everything you’d expect to help—resting my voice, a cup of tea, a throat lozenge, even speech therapy—doesn’t.  There’s no rhyme or reason to it—no pattern to track or strategy to follow.  My voice isn’t sympathetic to urgency, considerate of holidays or in sync with prayer.  My voice goes in and out as if it’s got a mind of its own.  It’s random, unreliable and has no mercy.

Three weeks ago I decided to trust science again—and let me tell you, after four grueling spine surgeries and countless complications, that wasn’t easy.  Under the haze of general anesthesia, my vocal cords were injected with a temporary filler. The objective was to pump up my vocal folds that had wasted away thanks to paralysis.  The thought was that if they were fuller, they would close—a necessary step in the production of sound.

The procedure was an epic fail. My inconsistent, highly labored, always raspy voice went away and once again, I fell silent.

Pulling out the white board and having to re-download text-to-speech apps so that I can communicate with my daughter is like revisiting a road I know leads to nowhere.  And hearing from three different medical professionals that I ought to start learning sign language stole all the remaining wind from my sail.

One course of steroids later, most hours, if I’m standing right next to you, I can be heard.  Some hours, my voice is more generous, and if I strain really hard, I can almost be heard over the phone. Almost.

I’m sure most who know me were marginally aware that I had a voice disorder.  There’s shame associated with the quality of my voice and dysphonia has plunged me into a place of despair that is difficult for me to share.  Over the years I’ve come up with some techniques that help hide my vocal malady—like communicating by text, or just plain avoiding communication altogether. Nowadays, I mainly keep to myself.  It’s been pretty isolating.  Dysphonia sets you apart from the rest of the world.  It takes too much effort to produce words, so you begin to eat your thoughts and opinions until there are fewer contents in your head.  Few know the extent of my condition and no one can possibly begin to imagine what it’s like to live without a voice—until you don’t have one.

When you choose to conceive children using anonymous—as opposed to willing-to-be-known—egg and/or sperm donors, you take away your child’s voice before they’re even conceived.  The world of donor gametes is focused on the banks, parents and donors, and rigged against the very children the industry is producing.  The banks have an incentive to keep donors anonymous—it helps keep the number of offspring from ever being accurately reported and it hides the fact that regardless of what was promised, many donors have fathered a helluva lot more children than they should have.

Even with access to willing-to-be-known donors, often times prospective parents are still encouraged to go with “anonymous” goods.  And amazingly, there are still parents choosing this option.  They are making a decision for their children—a HUUUGGGE one—before those kids are even alive.  True, there are donor-conceived adults who don’t wish to find out anything about their birth parent.  But for those who do, by simply checking the “anonymous” box you’ve sealed their fate, making it impossible to connect with that parent.  Of course, at-home DNA tests are now upending that choice—but that’s not the point. Choosing an anonymous donor is no different than holding your hand over your child’s mouth.  It prevents them the most basic right of communication, preventing them from knowing more about who they are and where they come from (including potentially vital medical information). Checking the “anonymous” box censors all conversations—forbidding them from ever taking place as profoundly as a muzzle.

You give them life… but steal their voice.  As someone struggling just to preserve my ability to produce any sound, that point is clearer to me than ever before.

Our voice doesn’t just give us the ability to speak—it’s the very platform of our life.  And when that voice goes silent, you find yourself in what might be the loneliest place on earth.

As for me, well, I’ve never been one to sit in a rut for too long.  I will move forward and find a way to make my voice heard—because as I said at the top: Every voice counts.

1 thought on “The Voiceless”